Measuring blood pressure in a more accessible and accurate way is the goal of Biospectal, a start-up based in the canton of Vaud founded in 2017, which aims to combat hypertension around the world. How? Simply by using the camera on your smartphone. Innosuisse, the Swiss Innovation Agency, is contributing to the development of this project on the international scene.

“During anaesthesia we spend our time monitoring a patient’s vital functions, such as heart rate and blood pressure. For the latter, we use a cuff that was invented in 1905 and has been used ever since”, explains Patrick Schoettker, a consultant to Biospectal and Head Physician at the Department of Anaesthesiology of Lausanne University Hospital. “Hypertension is one of the biggest killers, so there is a need for a new technological solution that is more accessible and easier to use”, he says. According to medical journal The Lancet, more than a quarter of the world’s adult population – or 972 million people – suffered from high blood pressure in 2008, including 333 million in developed countries and 639 million in developing countries. The number of hypertensive adults is expected to increase by 60% to a total of 1.56 billion by 2025.

Awareness of this has led to close collaboration with the Swiss Center for Electronics and Microtechnology (CSEM). The Biospectal platform is based on more than ten years of research and development at the technology research centre and five years of clinical testing, notably at Lausanne University Hospital. It has been a successful partnership that has led to the development of the mobile application OptiBP, which works by optically analysing the pulse in a person’s finger. “All you have to do is put your finger on your smartphone camera lens and the heartbeats are measured”, explains Patrick Schoettker.

Over the past year, new clinical trials have been conducted with the support of Innosuisse. If any smartphone is to be transformed into a blood pressure measurement device, the measurements must be based on scientific validation. These clinical trials are being conducted in the operating theatre as well as through a study with a non-governmental organisation. “To build up our database we have to collect a wealth of information from distinct categories of patients, such as pregnant women and people of different origins. As we are targeting people prone to high blood pressure, we are working with the Hypertension unit at Lausanne University Hospital. The next step will be further studies to allow us to extend the results to the rest of the world”, adds Patrick Schoettker, noting: “We are testing the measurements under anaesthesia because peoples’ blood pressure varies greatly in this situation.”

The application is designed to be used on any smartphone. “We are carrying out our trials using the Samsung S7 so the application is accessible everywhere, especially in poor countries. But even so, all current mobile phones are powerful enough to capture the measurements”, explains Alia Lemkaddem, an engineer at CSEM in charge of the project. “In future, the phone will even be able to analyse the data gathered and report back to the patient”, adds Patrick Schoettker. It’s revolutionary technique that pursues a legitimate goal. “Our project allows people to manage their condition individually and removes one of the main barriers currently in place, which is access to help.”

At the moment, work is continuing and the encouragement provided by Innosuisse is welcome. “Thanks to this support, several engineers can devote themselves entirely to this project, which is enabling us to make very rapid progress”, explains Patrick Schoettker. Innosuisse will help the start-up to grow, to become even more productive, and to benefit society, especially people with hypertension. “We are currently working in several regions and collaborating with major NGOs to make our technology accessible around the world”, adds Eliott Jones, CEO of Biospectal. “Without Innosuisse, this would not have been possible.” 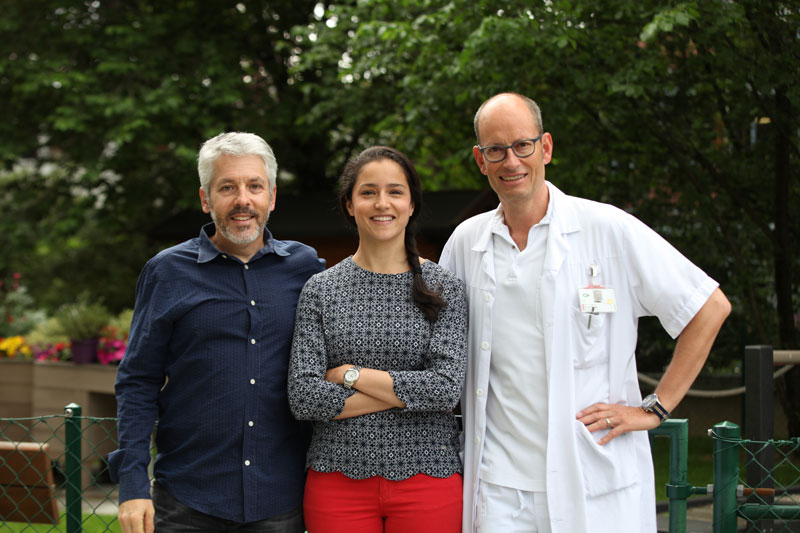