The mobile wind power plant that can fly

Wind power is a tried and tested, clean source of energy. But because it involves the use of large installations, it is unsuitable in a lot of regions. Swiss company TwingTec AG has come up with an innovative way of resolving this problem – by raising the power plant into the air.

With a hum, the drone takes off independently and rises rapidly. Its destination: an altitude of several hundred metres. “It is flying so high because the really strong winds that are blowing up there can be converted efficiently and sustainably into energy,” explains Dr. Rolf Luchsinger, CEO and co-founder of TwingTec AG. The company, which is a spin-off of EMPA and the University of Applied Sciences and Arts Northwestern Switzerland (FHNW), has been working since its foundation six years ago on the “TwingPower” project – a mobile wind power plant. The nine-member team’s vision is both ambitious and of present day relevance: “We want to use TwingPower to harness the enormous potential of unused wind energy resources,” explains Luchsinger. He and his team call this “Wind Energy 2.0.”

Versatile use
But how exactly does it work? TwingTec AG uses a drone they developed themselves – “Twing” (abbreviation for “Tethered Wing”) – to get the wind power plant up in the air. The drone is tethered to a winch. While the drone is being carried by the wind – just like a kite – the rope drives a generator via the winch. “This creates clean wind power – without the need for the construction of a large wind turbine,” explains Rolf Luchsinger. This makes “TwingPower” ideal for generating clean electricity wherever the construction of a wind farm is not feasible. “Our mobile system is also perfect for remote regions, off-grid mines and holiday resorts.”

But what happens if the wind suddenly drops while Twing is up there generating electricity? Does it crash? Rolf Luchsinger shakes his head: “This is not an issue as the wind blows at lot more constantly at an altitude of several hundred metres than it does near ground level,” explains the ETH physicist, “and the drone automatically lands as soon as the wind dies down to below a critical speed.”

Not just a pipe dream
An autonomously operating drone that generates energy and evaluates wind speed without human intervention before taking off and landing on its own – sounds like science fiction, but is now (virtually) reality. Last autumn, Luchsinger and his team presented their latest innovative project on the Chasseral in the Jura. “A project of this kind involves targeting different levels of automation in the form of sub-goals ,” explains Luchsinger. “During the field test in the Jura, we were able to show that we can take off and land on a platform and produce electricity fully automatically.” No company had ever succeeded in doing this before. But a pilot had been on site for the entire time and would have been able to intervene in an emergency. “Our next automation goal is to dispense with the pilot.” This autumn, TwingTec AG would like to take a further, crucial step. Rolf Luchsinger: “We are currently building an improved pilot plant that will allow us to keep our system up and running for longer periods of time.” BKW Energie AG is also involved in this project.

Schedule, discard – reschedule
While it will be some time before AWE (Airborne Wind Energy) can be used across the board, Rolf Luchsinger is very proud of what he and his team have achieved so far. “We have reached this key technological breakthrough by not side-stepping the big questions,” says the expert. Whenever an idea failed to be economically or technically feasible, it was discarded and his team changed tack. And since almost everything is produced and planned at the company’s Dübendorf site, they have a lot of know-how and can react quickly and flexibly to any changes.

This agility has served the planners of TwingTec AG well in the past. The drone, which ascended up into the Jura winds last year, is the “T28” model – the 28th drone iteration. “Six years ago, we were still experimenting with fabric-made kites,” recalls Rolf Luchsinger. They moved away from kites over the years until they reached an important turning point in 2014: “The advent of civilian drones suddenly made components available and affordable that we could integrate into our project.” For Luchsinger this is exactly one of TwingPower’s other advantages: “All the components we need for our technology are already out there – we don’t have to wait for a super material to be developed at some point.” They were able to build on existing drone and aviation technologies. “It is not our components that are innovative – but the way in which we combine them with our very own proprietary intelligent guidance system.” 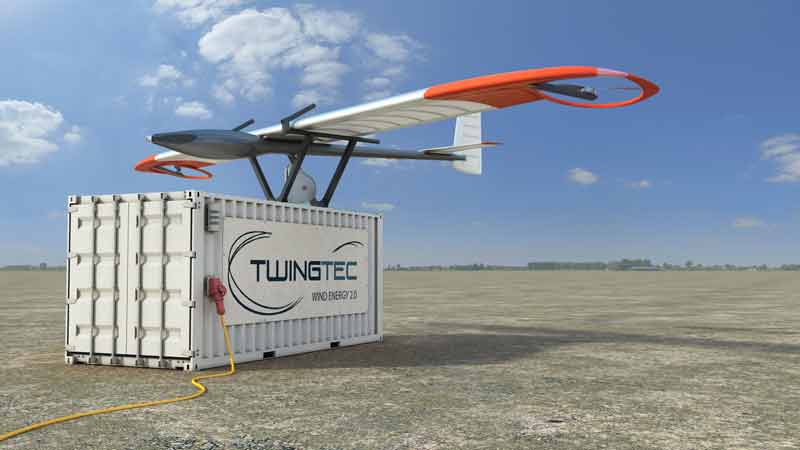 Twingtec has applied for various funding opportunities provided by Innosuisse right from the time it was founded. After an initial successful experience in 2016, Twingtec made a new application for funding to continue the development of its drone. This new innovation project, launched in November 2018, aims to develop and test a prototype for a large-scale drone. “The support from Innosuisse enables us to work with experts from the Swiss Federal Laboratories for Materials Science and Technology (EMPA) and the Zurich University of Applied Sciences (ZHAW) so that we can overcome the technical challenges presented together,” explained Rolf Luchsinger.

The start-up is also taking part in the core coaching programme run by Innosuisse which aims to assess the profitability of the concept and to develop a strategy for entering the market. From 2016 to 2017 and from 2017 to early 2019, Twingtec also received support from the international programmes EUREKA and Eurostars – the national branch of which is managed by Innosuisse – to cooperate with and benefit from the experience of a company in Canada and another in the Netherlands. 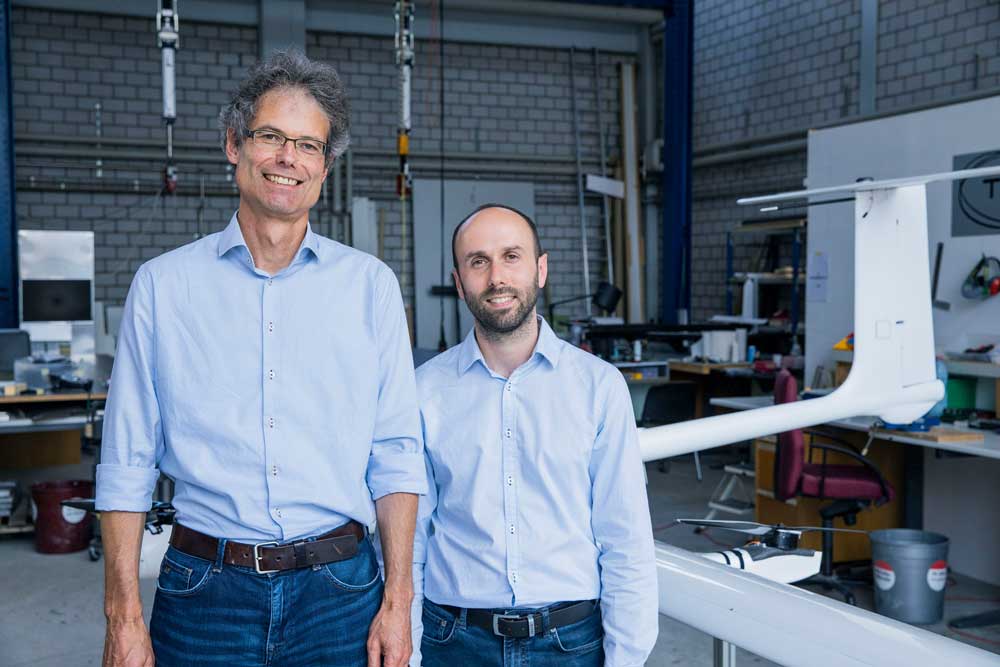