Saving bees from varroa thanks to the heat

Saving the worlds honey bees, that is the objective of the Zurich start up Vatorex. Its founders, from a family of beekeepers, have developed a sustainable technique to overcome the parasitic Varroa mite- one of the main causes of bee losses around the world. The start-up, which follows the Innosuisse coaching programme, produces and distributes its technology on a large scale.

In the face of various threats, bee populations are declining worldwide. In Switzerland, 13% of colonies did not survive the 2019/2020 winter, representing one in eight beehives. According to the Apisuisse association, this situation has persisted for several years. According to the Swiss Apicultural Health Service (SSA), the most serious damage to bee health and the main reason for winter losses is the widespread infestation of hives by the predatory varroa parasite, which has continued to spread in Switzerland since the 1980s. To feed, the female of this mite clings to the bee's back and bites it to draw blood. In addition to weakening the bee, these bites can also transmit various viruses, bacteria or fungi to colonies.

To fight against this phenomenon, beekeepers use different methods, which are not always unanimously accepted. “For the past 40 years, beekeepers have relied on acaricides to stop the devastating effect of varroa mites. However, the heavy physical toll that pesticides place on bee populations, as well as on the environment, has led many to question whether this is really the right solution,” explains Pascal Brunner, Co-Founder and Co-CEO of Vatorex. With this in mind, he decided in 2016 with his father, Willi Brunner, a biologist and beekeeper for over 50 years, to develop an alternative solution to chemicals.

A solution that benefits the environment and biodiversity
Vatorex has created a system that operates solely on thermal energy. “Hyperthermia treatment is used because a temporary increase in temperature inside a hive kills the mites,” explains Grant Morgan, Senior Marketing Manager at Vatorex. Solar-powered heating coils are placed around the egg-laying cells, where the mites breed. They are then heated to 42° for 3 hours. This is enough time and adequate heat to destroy the mites without harming the bees and brood. This fully automated cycle is repeated every 16 days to ensure constant protection against varroa mites.

“Reducing the devastating effects of the parasite has a positive impact on the environment,” says Pascal Brunner. “As up to 70% of crops depend on bees for pollination, stronger colonies mean greater biodiversity and greater pollination of agricultural crops.”

Encouraged by Innosuisse, the start-up is making excellent progress
At the beginning, Vatorex quickly followed the Innosuisse Start-up Coaching programme. “Innosuisse is the best support platform for start-ups in Switzerland. The Innovation Promotion Agency provides a wide range of services that are very useful when starting out as an entrepreneur,” says Pascal Brunner. This year, the start-up received the Innosuisse certificate, which guarantees that the company is poised for sustainable growth. At the same time, the start-up is conducting an innovation project which, according to its CEO, will enable it to accelerate its development and expand its research.

The company currently has customers (both amateur and commercial) in 14 European countries, and it is now expanding to New Zealand. In 2022, it will launch a new technology based on current research. "This new generation of products takes a more holistic view of varroa control and beekeeping, as it includes sensors and monitoring tools within the hives themselves,” explains Grant Morgan. 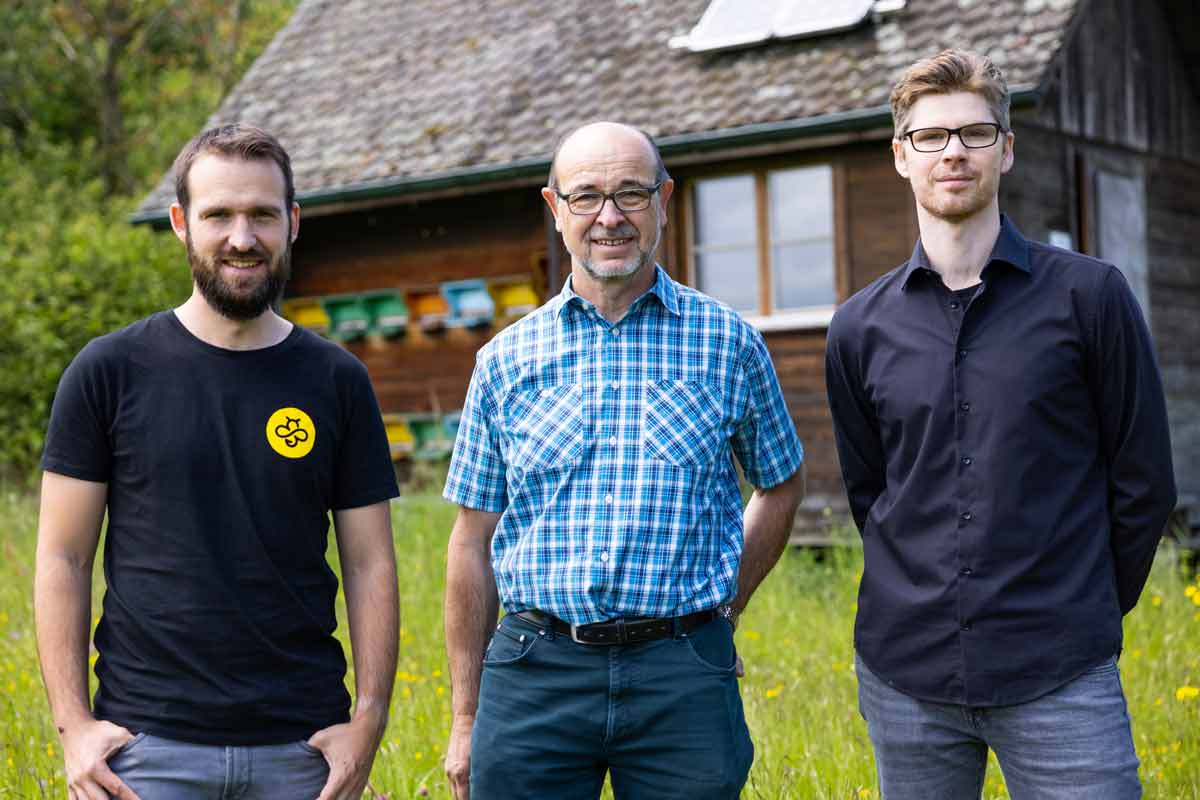