Speech recognition for the languages spoken in Switzerland

Being able to transcribe the languages spoken in Switzerland, particularly Swiss German, is the mission of the Valais-based start-up recapp IT, which has developed a voice recognition system to transform conversations into text. Innosuisse supports the start-up at various levels, and in particular in the marketing of its products.

Transcribing long minutes of meetings can sometimes be a headache. But thanks to new technologies, this process can now be fully automated. In Switzerland, start-up recapp IT AG has been riding this wave for several years, to the point of having created a voice recognition tool capable of transcribing all Swiss German dialects!

recapp IT AG was born out of the frustration felt by David Imseng while conducting research on speech recognition at the Idiap Research Institute in Martigny. “At the time, I felt trapped in research. All I did was publish reports and build models that never actually took shape”. In 2013, the young engineer built the first system capable of transcribing the Valais German dialect, considered to be one of the most difficult to understand, “for fun”. “Back then, there was still no system capable of deciphering the different dialects spoken in Switzerland, so action was needed”, says David Imseng.

This initial experiment was a success, and in 2014, he co-founded recapp IT with his wife Erika. Today, the company, based in Visp in Valais, has developed its technology considerably and counts many cantonal parliaments, media organisations, students and private individuals among its customers. Thanks to artificial intelligence, the system developed is capable of recognising the four national languages and distinguishing the various Swiss German dialects as well as English.

Different functions available
A recording of the verbal conversations from a meeting or interview is sufficient for the software designed by recapp IT to transcribe the exchanges. The icing on the cake is that clear segmentation of the turns of speech as well as punctuation and formatting are automatically integrated into the text. The tool can also be used to search by keywords or to index audio or video archives.

Innosuisse as a lever
For the CEO, the support received from Innosuisse is “crucial”. The company is supported on several levels. First, and to further improve its technology, the start-up is currently conducting an innovation project in partnership with Idiap. “This project enables us to finance our research, which would not be possible without the help of Innosuisse”. Second, recapp IT is assisted by a specialist coach under the start-up coaching programme. “This personalised assistance helps to avoid many of the mistakes made by other start-ups in their early stages. Obtaining the Innosuisse certificate has also given us credibility with investors”.

Further strides
To work, speech recognition uses machine learning techniques, such as neural networks, to learn the make-up of the language. “The system needs to learn how the sounds we make within words are shaped and how the language is structured. To “teach” the machine these two things, you have to feed it with data. It has to learn from examples. It will then be able to determine that one word is more frequent than another in a given context. It will learn this because it will ‘see’ it several times”, explains Virginie Holm, a computational linguist.

For this computer language specialist, we are still only in the early days of developing speech recognition. She believes the technique still has considerable potential for further development. “I think that speech recognition is only one step towards understanding language itself. Machines will one day have to be able not only to transcribe words but also understand their meaning and convey their intrinsic message. There is still a lot to be done towards this”. Which should give recapp IT plenty to do in the years to come. 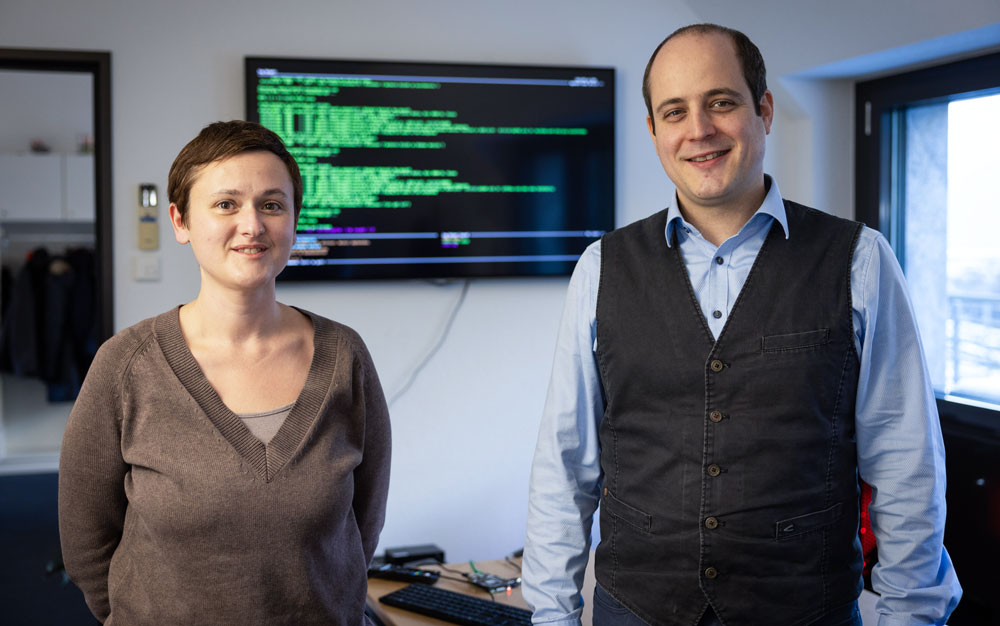