Simply get green electricity from your neighbour

Switzerland’s goal is to become climate neutral by 2050. This means completely new approaches – and start-ups like Exnaton – are needed. The ETH spin-off is helping to launch local energy markets and therefore help drive forward the energy transition.

The Swiss Energy Strategy 2050 requires renewable energies to be expanded. However, the problem with photovoltaic systems and the like is that electricity is generated irregularly and can only be stored to a certain degree and at great expense.

Which is why a research group at ETH Zurich came up with the idea of a local electricity market in 2017. This enables owners of a photovoltaic system to sell surplus solar power directly to their neighbour. The aim of the “Quartierstrom” project was to consume as much locally produced electricity as possible on site.

Energy industry was initially sceptical
However, the ETH doctoral students involved had to do some convincing in their search for an energy supplier as a partner. The Swiss energy sector still operated in a very traditional way at the time – with outdated structures and little in the way of an ear for innovation. “There was a lot of scepticism about the idea and about us at the beginning,” says Dr Liliane Ableitner. The Walenstadt energy and water supply company was open to the experiment, and so Switzerland’s first local electricity market was born. And it was a success. Thanks to the local electricity market, self-consumption within the community doubled, with the participating 37 households supplying 33 per cent of their own solar power.

“Suddenly the whole of Switzerland was looking at Walenstadt,” says Liliane Ableitner, pleased with the response to the success of “Quartierstrom”. After completing the project in mid-2020, the business informatics specialist founded the start-up Exnaton – together with Anselma Wörner, an industrial engineer, and Arne Meeuw, a mechanical engineer. They had all met as doctoral students in the Quartierstrom project and wanted to push the idea further.

Automatic trading with solar power
Her young start-up develops and sells a software solution that brings electricity suppliers and consumers together and simplifies the trading of solar power within energy communities. Today the software is called PowerQuartier. Within the community, the algorithm compares the supply of photovoltaic electricity in real time with current demand: The system buys electricity when it is available and cheap. Trading between participants is fully automated. Users can see via an app at any time how much electricity they have sold/purchased, how much they are using or how much CO2 they have saved through locally produced green electricity.

As a result, private customers who use PowerQuartier can live more sustainably, even without installing their own solar system. In addition, the real-time overview raises awareness about using resources more carefully. “Participants in local electricity markets tell us that they are increasingly looking at what and how much electricity they use, when and for what purpose,” says Liliane Ableitner. But an energy community also promotes community and a community spirit.

Innosuisse coach as an important sparring partner
“Becoming an entrepreneur straight after graduating was the right decision,” says Liliane Ableitner. “You learn a great deal when you launch a start-up. It’s a big challenge, but also a lot of fun, very motivating and fulfilling.” The fact that the three of them founded Exnaton has been a great advantage – not only because of the broader experience. “It means you don’t have to solve all the problems on your own.”

The (initial and core) coaching services offered by Innosuisse also helped the trio significantly in building up their company. “The Innosuisse coach has been an important sparring partner for us. He helped us assemble our board of directors and with our personnel strategy, for example. When you launch a start-up, these aren’t the things you think about first.”

Apps for local energy markets are just one part of the software solutions Exnaton offers: The analysis and visualisation of data helps energy suppliers such as electric companies or real estate and site developers with digitalisation and enables them to form additional local energy markets.

This is entirely in the spirit of what the Federal Council wants to achieve: strengthen decentralised electricity production and better integrate renewable energies into the electricity market. In the future, for example, there will be a large number of networks that produce electricity on site and then also consume it. What’s left over is then sold to the electric company. 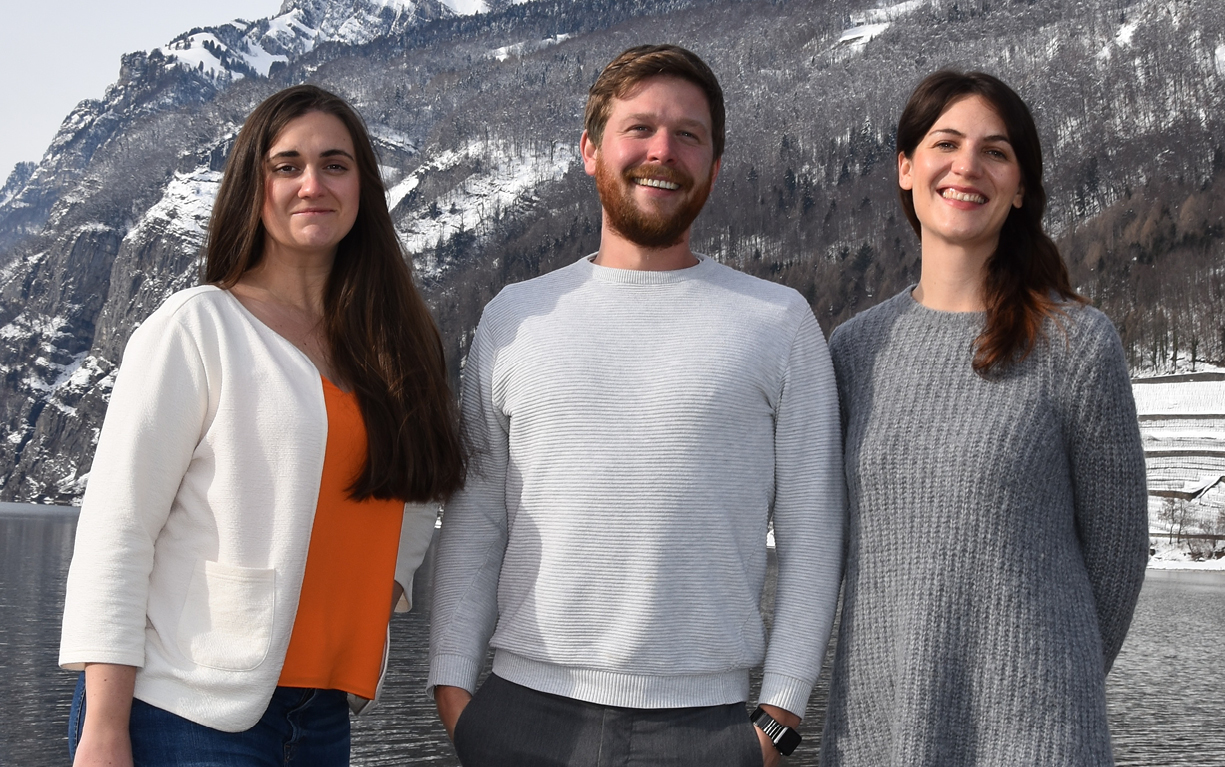