Reproducing pulmonary function in the lab

Taking a journey inside the complex human lung. AlveoliX's goal is to reproduce how this organ works within the human body. The organ-on-chip technology developed by the Bernese start-up reproduces the functioning of the lung on a small scale. With the help of Innosuisse, the research team at AlveoliX is seeking to market their technology.

The lung is a complex organ and reproducing its function is no easy task. Yet this challenge has been accepted by researchers Nina Hobi and Janick Stucki, now Co-CEO’s of AlveoliX. When researchers are developing a drug or studying a disease in the lab, they must use models and conduct in-vitro tests using for example petri dishes or rely on animal testing. Many times, the test results are very limited, and the success rates for drug tests of the lung are less than 3%. For several years, AlveoliX has been working to create a lung-on-chip. “Inside the chip, we simulate the micro-environment of the lung, including breathing movement. This allows us to create an environment that helps the cells grown inside the device to maintain their properties and thus to behave as they do in the human body”, explains Janick Stucki. “With our technology, drug development will be more efficient, safer, and more personalized, as tests can be performed on different human cells inside the chips. This will also reduce costs and animal experiments in the future”.

Innosuisse supports the AlveoliX project
AlveoliX's interdisciplinary team, made up of twelve people including several researchers, engineers, and biologists, is housed in the brand-new building of the Swiss Institute for Translational and Entrepreneurial Medicine (sitem-insel) in Bern, where it benefits from a state-of-the-art facility to develop its technology. Innosuisse also plays a crucial role in this development. “The goal was to bring something from research to the outside world and to have an impact on society. Unfortunately, many research projects are closed at the end of the funding period and shelved Innosuisse helped us to develop our entrepreneurial skills. The Innosuisse coaching programme allowed us to interact with coaches from different fields who taught us many things. At the same time, Innosuisse also supported us financially. Thanks to innovation cheques and projects, we have been able to develop our technology.”, says Janick Stucki.

A definite outcome
Step by step, AlveoliX is doing what it takes to perfect and soon bring its product to market. “We already have partnerships with large pharmaceutical companies that use our technology to test their new drugs candidates. Therefore, we compare the performance of our chip with data from existing preclinical and clinical studies”, explains Nina Hobi. The Co-CEO is hopeful that the tests currently being conducted and submitted to regulatory agencies will be evaluated as qualified, making it possible to end certain experiments currently being performed on animals, in future. “Such regulatory approval would be a major step forward for the organ-on-chip field and a decisive breakthrough towards the commercialization of our technology and a move upmarket for our company”, she adds. 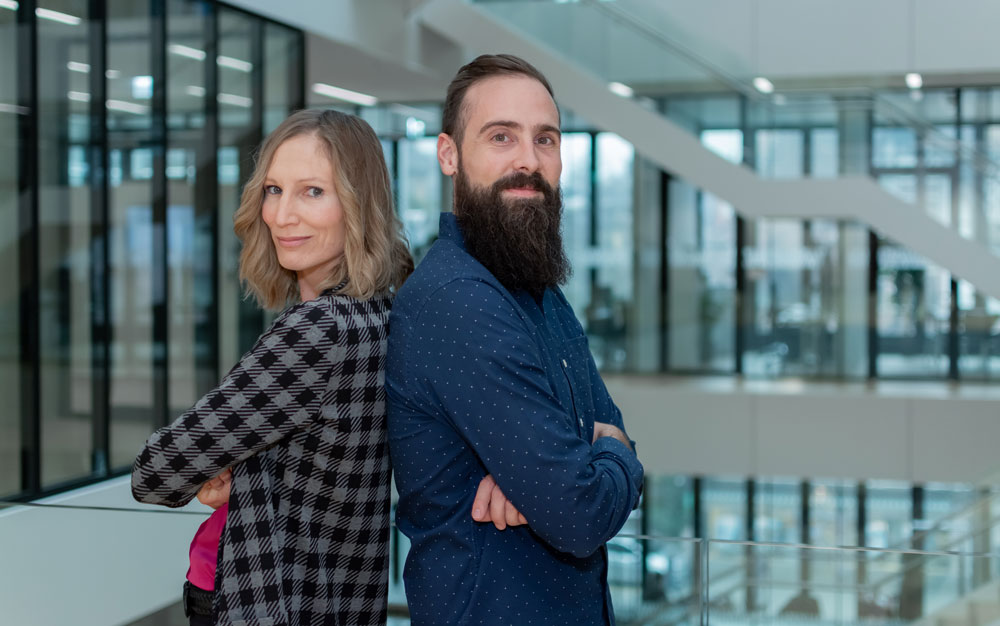