An app that helps to restore the ability to communicate. The Department of Neurology of the University Hospital Inselspital, the Clinic for Neurology and Neurorehabilitation of the Cantonal Hospital Lucerne and the ARTORG Center for Biomedical Engineering Research have been working on the development of a mobile platform to treat aphasia since 2015. The “Bern Aphasia App” was developed by a multidisciplinary team of speech therapists, neurologists, psychologists and engineers. An Innosuisse project launched this year aims to make a market roll-out of the app possible by 2022.

Aphasia is a language impairment which affects the ability to communicate. The brain injury responsible for it can have various causes. The most common is cerebrovascular accident, also known as stroke. This communication disorder affects various functions, such as comprehension, verbal expression, reading and writing and differs depending on the degree of severity. Stroke affects around 15,000 patients each year in Switzerland, and about 30% of them develop aphasia. The “Bern Aphasia App” enables exercises to be carried out independently to restore the various functions. “Today, the traditional approach is consulting a speech therapist to relearn the basic principles. The World Health Organization recommends a minimum of three visits a week, which involves a certain level of cost. People living in remote areas don’t have easy access to this type of therapist either,” explained PD Dr. Prabitha Urwyler, Senior Researcher and head of the Innosuisse project.

This application means that the patients can carry out exercises independently, while the therapists have access to their performance at all times and can select the types of exercise and adjust the level of difficulty. “Initially, treatment gets under way with the help of a therapist who sets objectives at a first meeting based on the patient’s level. The therapy is then adapted in line with the patient’s results, which are sent directly to the medical professional,” remarked Prabitha Urwyler, who added: “Our app allows patients to carry out exercises at home and enables therapists to tailor the exercises to individual patients based on their progress.”

The prototype currently contains over 30,000 exercises to practise. A project supported by Innosuisse, which was launched in early 2019, aims to roll the app out on the market and to make it available in the App Store. The business partner – the Basel-based company Definition 12 AG which specialises engineering mobile enterprise applications for life science- and financial industry – plans to sell the application to 200 to 400 hospitals in Switzerland, Germany and France. Beat Gersbach, CEO of Definition 12, is looking even further ahead: “We aim to establish ourselves as the market leader with this app and plan to roll it out in the rest of the world at a later stage. In addition to that we continue to enhance our algorithms with additional A.I components.”

Such ambition would not be possible without the support of Innosuisse. “Developing such an advanced medical application requires highly qualified engineers and scientists. Thanks to Innosuisse, we will obtain a scientifically validated end product without having to invest in the project’s development costs ourselves,” explained the CEO. 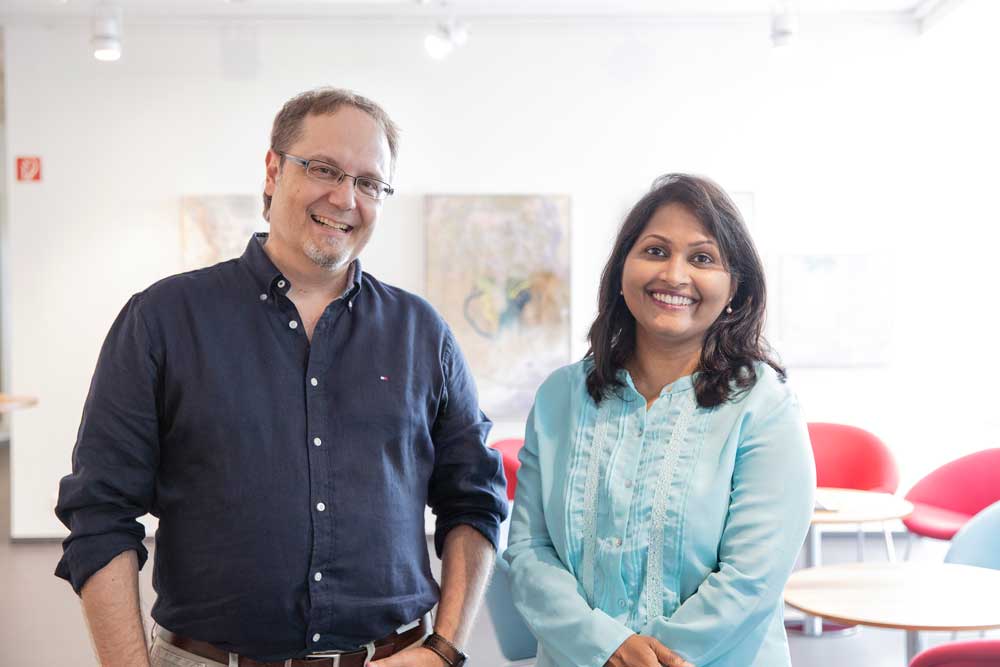